Latest Predictions for Belarus games below 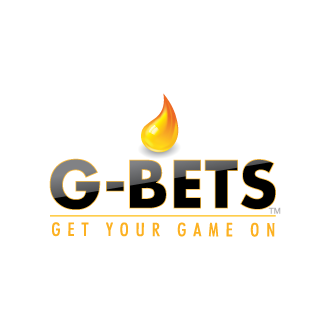 Up to R1,000 as a Free Bet when you make your first depositClaim NowNew registering players only. 18+. Visit Betway T&C’s page for offer details

The country has a population of slightly under 10 million people and has so far been spared the severity of the covid-19 pandemic. It is for this reason that the Belarus Football League continues to be played at this stage. Whether it will be stopped or will be allowed to continue is up to government policies but now it is offering perhaps the only live football action in the world. The matches are gaining support across the world, with new fans emerging from Australia to Africa.

To help sports punters understand a bit more of the league, its historical records as well as which teams to back, here is a short guide into the competition.

The BPL (Belarusian Premier League) is the top tier competition in the former Soviet Union country and was formed in 1992. The only team from the former Soviet first division, Dinamo Minsk won the first five league editions, showing that the experience gained in the Russian top-flight of the 80’s and early 90’s stood them in great stead.

The Minsk team is the second most successful team in the history of the BPL, picking up seven titles, but the former giants have fallen off the radar in terms of lifting league titles, their last tilt coming in 2004. They have picked up the trophy seven times.

The most successful team in the history of the league is Bate Borisov, who have landed a record 15 league triumphs.

Bate, playing out of the city of Barysaw, are the only Belarusian team to have qualified for the UEFA Champions League with one appearance in the 2008/9 season and four successive appearances, from 2011-2016.

The club plays out of its 13 000-seater stadium, Borisov Arena (opened in 2014). The legendary team are currently lying in seventh position in the BPL standings this season but are only three points off log-leaders FC Slutsk after five games. The competition is in its early stage and two other sides have picked up 10 points, with Torpedo Belaz and FC Vitebsk. Dinamo Minsk are languishing in the bottom half of the standings, but as the season progresses many pundits expect them to finish in the top three.

The defending champions, Dinamo Brest are in eighth position and only three adrift off the top of the log. Brest picked up their first BPL title last season.

The league is made up of 16 teams and is proving to be especially competitive and hard to predict, with historical data and current form the only real indicators of picking this season’s winners and losers. There are two teams that are automatically relegated each season, with the third last team taking part in a relegation/promotion play-off.

The reason the league has only just started, compared to almost every other European competition is that the decision was made to align the tournament with the Soviet-style format of playing in the summer (European summer). This is ostensibly down to severe winter conditions in this part of the world. Every season since 1996 has been played in the summer months.

The number of teams participating each season has altered radically over the years, with the lowest number of clubs being 11 at one stage (2012). The format has recently adapted to a more rigid 16 team competition.

Dinamo Minsk was the powerhouse force in the early 90’s but have subsided. In the ten seasons after the dominance was broken, seven teams lifted the title, showing a real unpredictable nature and bucking the European trend of a few teams dominating over many decades.

In 2013 Bate became the prevailing force and picked up 13 titles (to go with two others) in the next 14 years.

There was a blip three seasons back when unheralded Shakhtvor Soligorsk picked up the title, with Bate not even finishing in the top three.

The giants of Belarus dusted that slip off and picked up the next two titles, but last season they were usurped by Dinamo Brest.

The historical data shows that Bate win often, but the league is starting to become more difficult to predict of late.

The Belarus league has been picking up attention across the world, as football fans and punters are starved of real action. Many top sports betting sites are offering plenty of betting action on the BPL, and this is raising the prominence of the competition. Punters and supporters can stream the matches to all corners of the globe.

There is a second-tier league and an annual reserve team competition (running since 2002).

Dinamo Minsk is the most successful reserve league team of all time picking up seven titles. Bate have only won a single reserve league title. The Dinamo Minsk youth structures are of the best on the country and may well see a successful uprising of the once-legendary giants of the game in Belarus. There have only been five occasions in the history of the league where a goal-scorer has breached the magic al 20-goal mark for a campaign.

The average strike rate across the 28 years is hovering around the 19-goal mark.

The most prolific striker in the history of the league was Andrev Khlebasolaw from the club Belshina Bobruisk, who scored a legendary 34 goals in the 2005/06 season.

The last time a striker broke the 20-goal barrier was 14 years ago.

This historical data is important as it shows the league is not as high-scoring as most other European competitions, and punters can expect low-scoring affairs, with plenty of draws.

The top scoring strikers who hit the 10-goal barrier are regarded as lethal finishers.

Bate’s playmaker Ihar Stasevich has been named as the league’s best player for five of the last six campaigns, including in 2019, and despite his club’s failure to win the title.

Any of these seven teams can lift the title, but it is still early doors and with most of the world looking in, the pressure will be on to show off the league. Expect Bate to come through towards the latter part of the season.